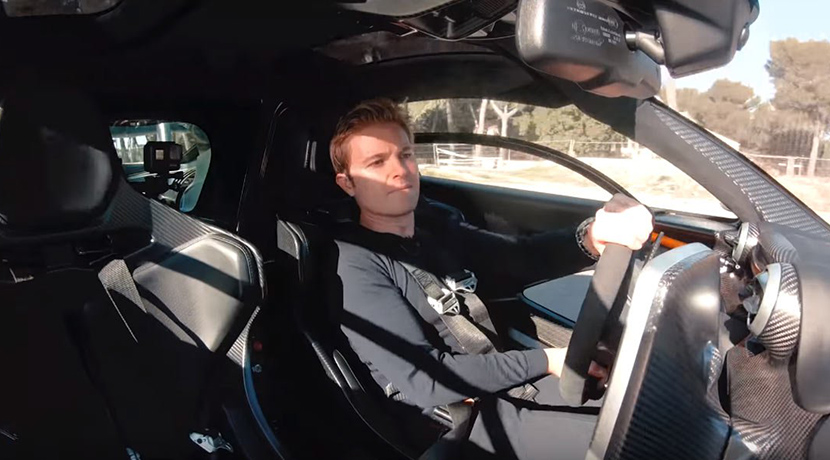 There is no doubt that the > McLaren Senna is one of the most spectacular hyper-sports of the moment. Officially presented during the past Geneva Motor Show , in March 2018, this spectacular model of the Woking firm has given a lot to talk about. And not only for its aggressive exterior design .

On the one hand, it has been the subject of many words and texts for its incredible technique oriented entirely to the use of the track strong> -although with just enough to be approved as a street car- and, on the other, for the unfortunate end of the unit of the famous Salomondrin , which as you know you finished burned before the owner took not even 15 days with him.

McLaren Senna: All its details and data exposed

But leaving aside the case of the Salomondrin unit , today we found this interesting video in which the ex-driver and champion of the world of Formula 1 in 2016, Nico Rosberg, puts it to the test for a full day. He explains many of its details, he drives on the road and also on the circuit. What do you think?

The German has released this video on their YouTube channel, where the clip already adds almost 450,000 views in just three days. Nico Rosberg ventured to drive the hyper-sport from Monaco to the French circuit of Paul Ricard . Some 200 kilometers of route with very twisted roads and, as you can see in the video, the odd anecdote with the authorities.

The last part of the video we see the German pilot, who has not forgotten to drive, pushing this authentic beast to the limit on the French track. We see interior shots of Nico Rosberg driving his hands and feet to guide the McLaren Senna on the right track, as well as some interesting exterior shots and cameras that let us see the aerodynamic work of this dream car. The result is spectacular.